Is It Legal to Use a VPN in China?

Home » Is It Legal to Use a VPN in China? 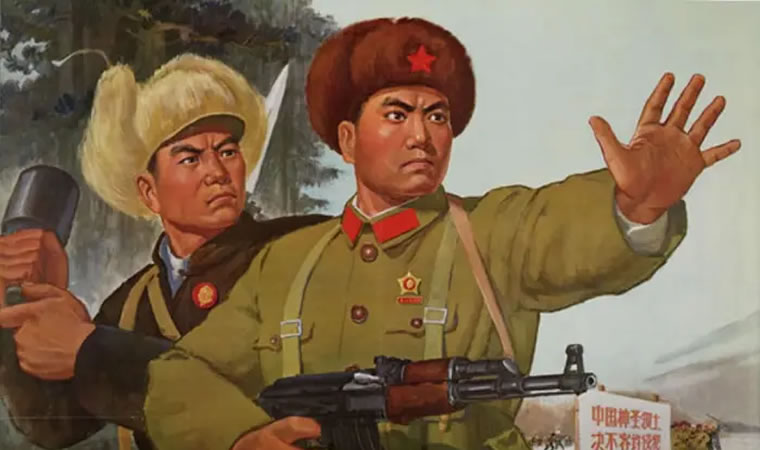 As with many things in this country the answer is that it really depends. Technically there is no law directly prohibiting the use of VPNs. But let’s face it – no matter where in the world you are, if you piss off the government enough, they’ll find a reason to get you.

To understand the real depths of how convoluted the question of legality about VPNs is, we need to learn some basics of law in China. Like many judicial systems around the world, it is extremely complex. That’s the reason we need so many fucking lawyers.

Understanding the Legal System in China

Before diving into this segment, I’d like to clarify again that this situation isn’t unique to China. Countries around the world today have a shitload of laws, regulations, conditions, and whatever else the fuck you can think of.

However, to see how potentially dangerous it may (or may not) be to use a VPN in China we have to delve into some detail. In general, the laws (Fa lü, 法律) are overseen by members of China’s National People’s Congress (NPC). That’s sort of the judicial arm of the country.

Unlike other countries that separate the executive from the judicial, China does not. Members of the NPC can hold other posts at the same time.

As you can see, there is more than enough leeway within the ‘law’ for the China to really fuck you up if it so wishes.

So, Are VPNs Legal?

If you’re still reading on by now, you must really want to use a VPN badly there. Fine – China has not explicitly made the use of VPNs illegal. However, since VPNs are for online use, we need to take a closer look at a specific document called the Cyber Security Law (Wǎngluò ānquán fǎ, 网络安全法).

This document was introduced in 2016 and supersedes a previous whitepaper issued by Beijing in 2010. It’s intended to govern all things digital – not just the Internet, but encompassing networks, digital security, and of course, state who’s to blame in case anything fucks up.

This is where the ‘technically legal’ status of VPNs comes in. Nowhere in this long and mind numbing document does it say the people in the country cannot use or provide VPN services.

Before you start clapping, let me bring you attention to a few interesting bits and bobs that are hidden in the depths of this piece of shit.

I’ve stopped here since I only wanted to give you a taste of what’s in the document, not interpret the whole fucking thing. It goes on for three pages to cover a total of 79 regulations, all of which are currently in force.

Will I get Caught if Using a VPN?

What the fuck do you think, Sherlock? China has been really gung ho about their digital borders lately. Unless you’ve just been born, China is one country which goes seriously apeshit when it thinks you’re violating its ‘sovereignty’.

This means that if you’re in China, you will listen to whatever the fuck they want you to then smile and say thank you. If that’s not enough to convince you;

If you’re having whimsical notions of a white collar prison with TV and hot showers, cut that shit out. China may have renamed its gulags as ‘prisons’, but they’re still hell holes.

Using a VPN in China Legally

Your eyes are probably as big as saucers now, but yes, there are ways to legally use VPNs in China. Bare in mind though, that these aren’t the best ways and that China can still fuck you up if you don’t toe the line, no matter who you are.

1. Use a Corporate VPN

If you’re part of a foreign company that makes it mandatory for VPN use this might be allowed. There is a big ‘but’ here and that the permission is not explicitly granted. Make sure you use the VPN for work and nothing else.

What you won’t see is the struggle between your company and the Chinese government. Part of this has to do with other associated laws regarding information in the country. CHina demands that data generated in the country remains within its borders, so it’s a negotiation between your corporate HQ and Beijing.

If you fuck up while using a corporate VPN, you’ll be in the shit with both sides so fast that you won’t have the time to say ‘gulag’.

2. Use a State-approved VPN Service

Remember Article 23 from the earlier section, the one where it says network security special products can only be sold after ‘safety inspections’? That’s where the government inserts its own code that allows it to monitor the VPN service before allowing it to be unleashed into the market.

If you’re using a VPN for greater security then boo for you and this will work. If not, and you get up to some funky shit, your state-approved VPN will be as useful as throwing spitballs at a raging bull.

Final Thoughts: What the Fuck do I do Then

Honestly, this depends on a variety of factors. One big plus point is that China has not yet (the operative word being ‘yet’) thrown any foreigners in jail for using VPNs.

Also, there are a number of overseas-operated VPN service providers like NordVPN and SurfShark that still work in the country. We’re currently testing on an ongoing basis a handful of top-tier service providers.

TT builds the stuff that Jasonicus sells. You might call them the shit and the shovel, so to speak. Never happier than when he’s tinkering with some tech, TT has this strange talent where he makes a f*ckload of text appear on documents somewhat magically. He calls it writing.